£10.00 – £12.00 - Single event ticket
The phenomenal Elif Shafak returns to Cambridge for this in person event to launch her most magical novel yet: The Island of Missing Trees.

This event will be held live for a socially distanced audience at University Arms, Cambridge 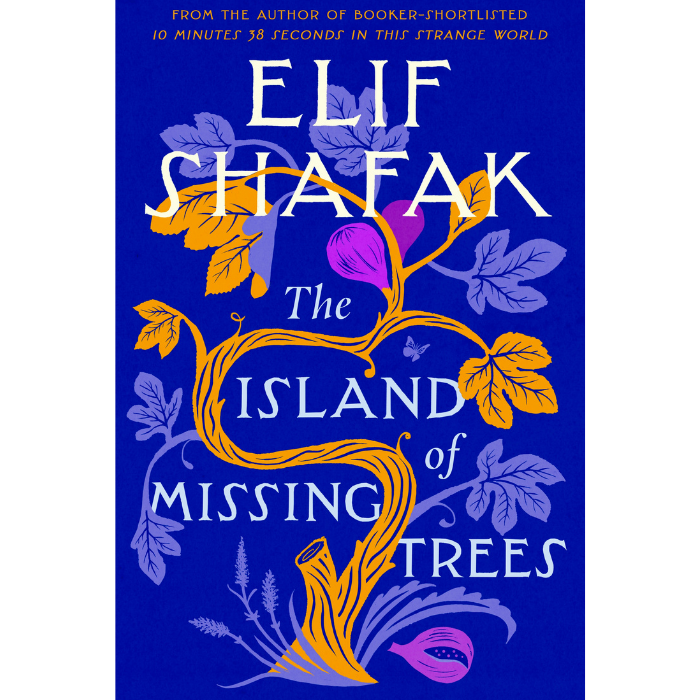 Festival Honorary Patron Elif Shafak joins us to launch her latest novel, The Island of Missing Trees, a magical tale of belonging and identity, love and trauma, and nature and renewal.

Two teenagers, a Greek Cypriot and a Turkish Cypriot, meet at a taverna on the island they both call home. The taverna is the only place that Kostas and Defne can meet in secret, hidden beneath the blackened beams and in the centre, growing through a cavity in the roof, a fig tree, which observes their hushed conversations. The novel traces the two lovers’ paths and, almost miraculously, years later, the fig tree in their London garden is their daughter Ada’s only knowledge of a home she has never visited, as she seeks to untangle years of secrets and silence and find her place in the world.

Elif Shafak is an award-winning British-Turkish novelist whose work has been translated into 54 languages. The author of 19 books, 12 of which are novels, she is a bestselling author in many countries around the world. Shafak’s latest novel 10 Minutes 38 Seconds in this Strange World was shortlisted for the Booker Prize and RSL Ondaatje Prize; longlisted for the Dublin Literary Award; and chosen as Blackwell’s Book of the Year. Her previous novel, The Forty Rules of Love was chosen by the BBC as one of 100 Novels That Shaped Our World. In 2021, Shafak’s The Architect’s Apprentice was chosen for the Duchess of Cornwall’s inaugural book club, The Reading Room.

We use cookies to ensure that we give you the best experience on our website. If you continue, to use this site we will assume that you are happy with that. Yes, that's ok.Privacy policy